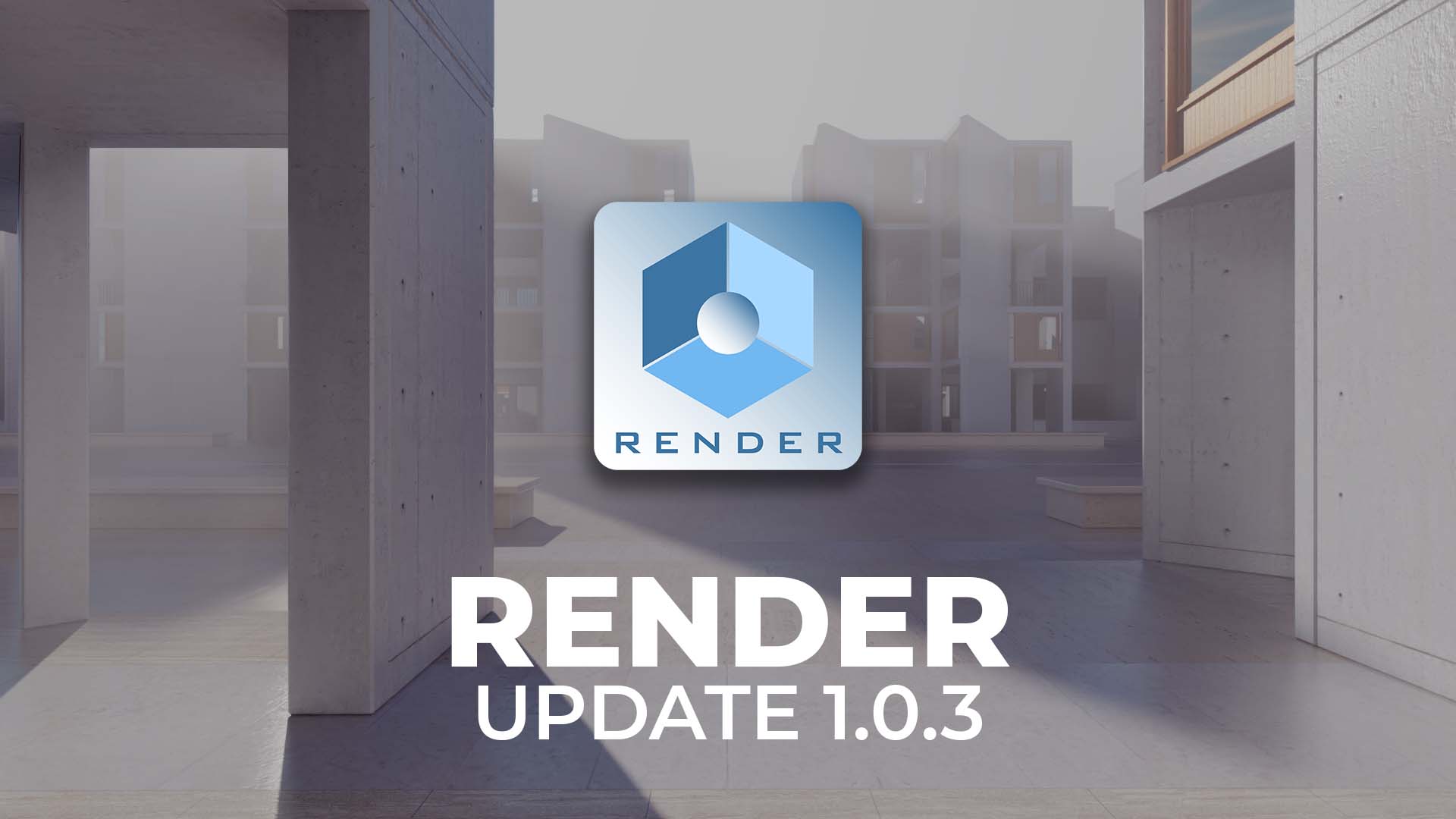 About 6 months after the launch of the Open Beta, our research and development team has made several improvements. Now we are moving towards the end of the public BETA phase and thanks to the users of our community, it has been possible to make really important progress to the Eyecad VR Render software mainly dedicated to the creation of still images, cinematic videos and pre-rendered photorealistic 360 web tours.

Let’s now discover the main points of the 1.0.3 update.

This article lists and explains the most important and impactful parts of the update that this new version of Eyecad VR Render brings with it, offering new features to users and ever-increasing quality.

A new series of 3D objects ready to be used in .evr projects of Eyecad VR Render are available to be downloaded inside the software dedicated to the object library.

As in every update, the new objects are part of multiple categories ranging from furniture to urban components up to new electronic objects. That allows our users to embellish and make their projects more realistic without using external resources. and, above all, through 3D models already optimized in the number of polygons in order to obtain maximum performance using the real-time Ray-tracing engine. 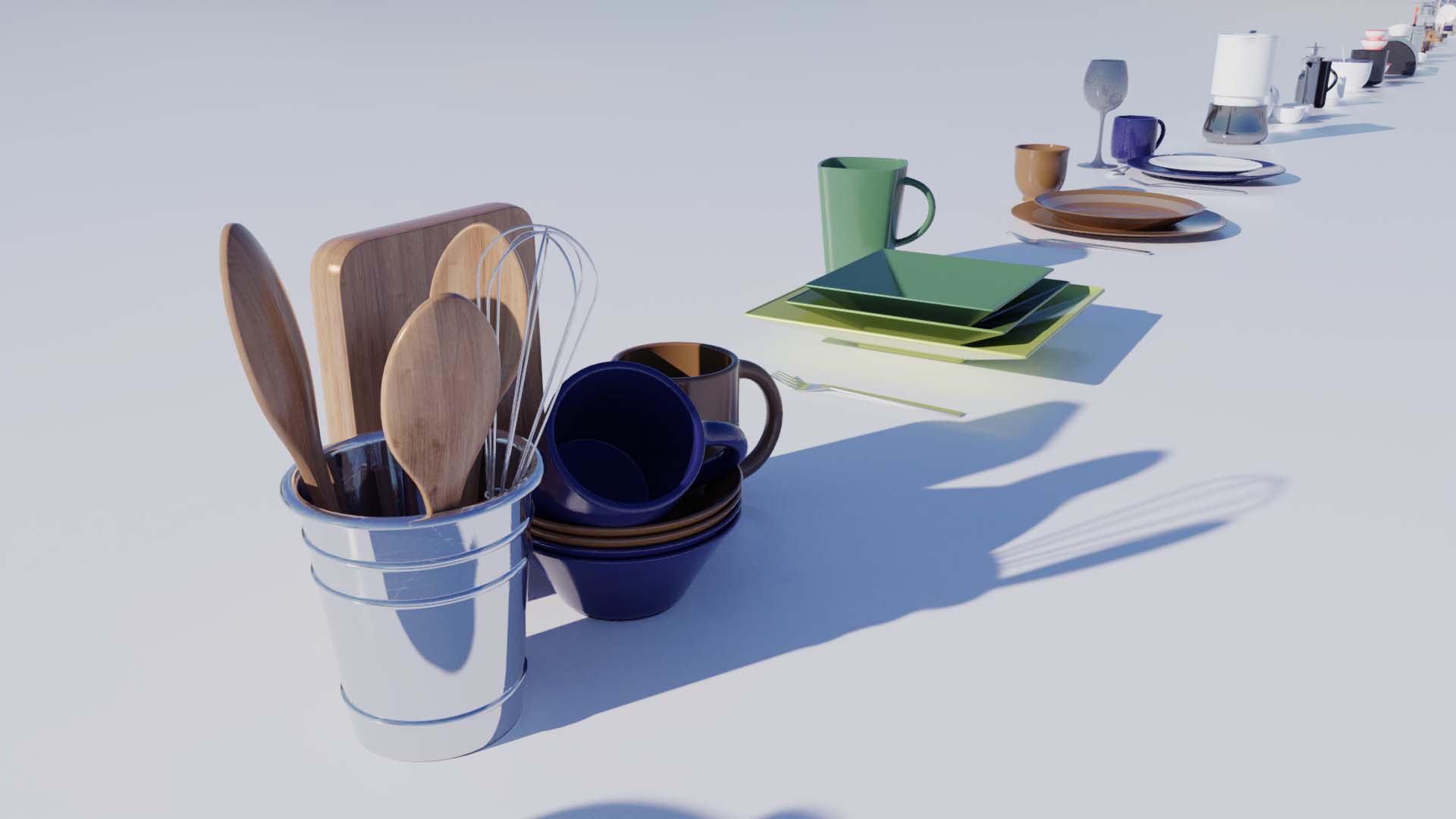 New Lights in the Real-time Area in Ray-tracing

The new real-time Area Lights allow in a better way to manage general lighting with support for area lights whether they are used as natural ambient lights (to improve the power of indirect light inside buildings) or as artificial area lights to create high-impact photographic sets. In addition, we have introduced a new method to adjust the size of the area lights where it is now possible to position and scale the area lights in a much more precise and faster way directly within the perspective view without resorting to the axonometric view. 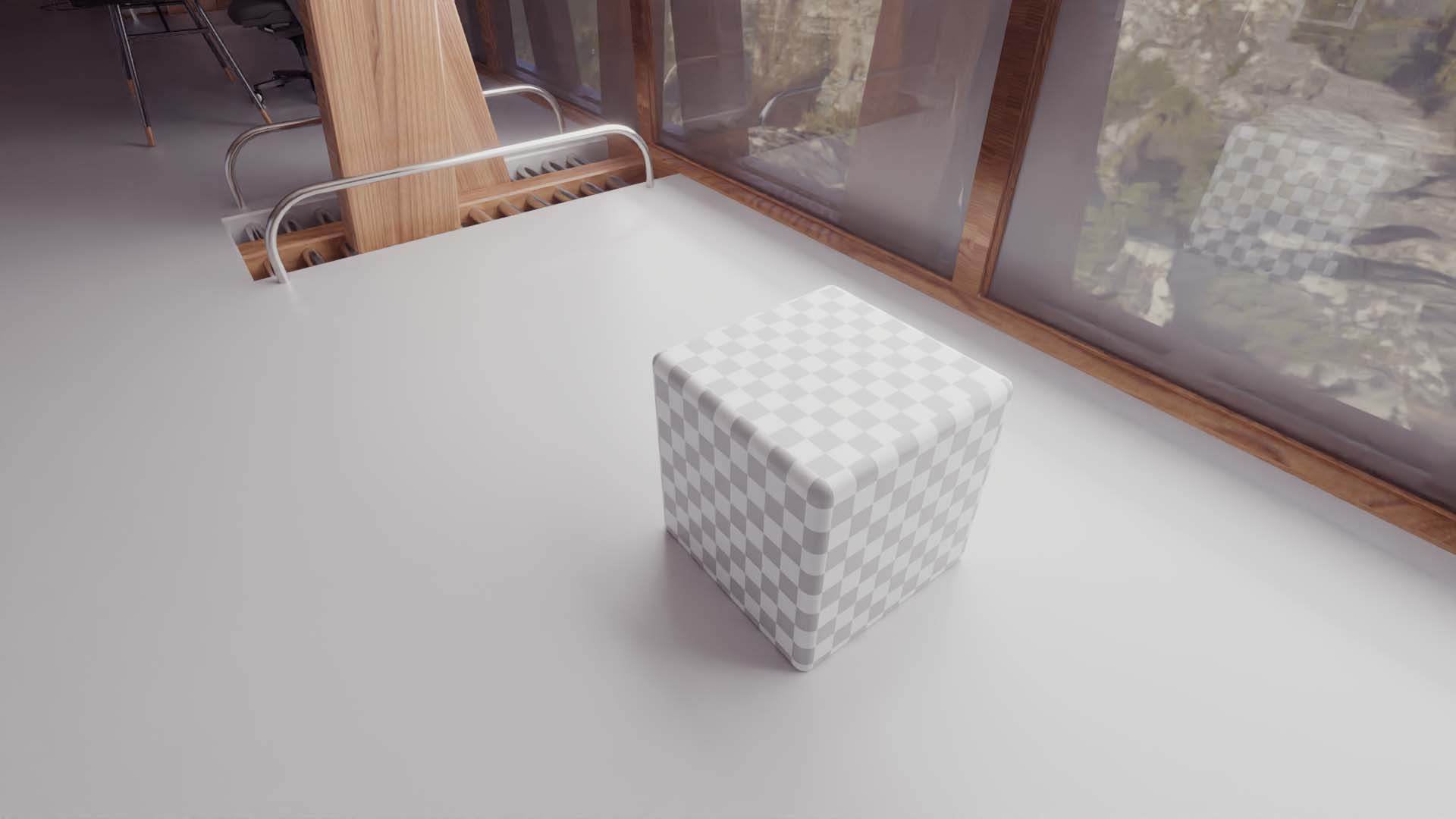 Ray-tracing technology allows us to create visual effects never seen in the rendering technology that we adopted in the past. This is the case of the volumetric ambient fog which allows users to create incredible realistic outdoor scenes by simulating a real volumetric outdoor atmospheric fog. In fact, it is not a simple “screen space” effect that is visible only in the portion of the user’s views at a precise moment, but it is a real fog that completely envelops the scene in every direction.

It is possible to activate the volumetric fog from the Eyecad VR Render settings TAB and choose its power. 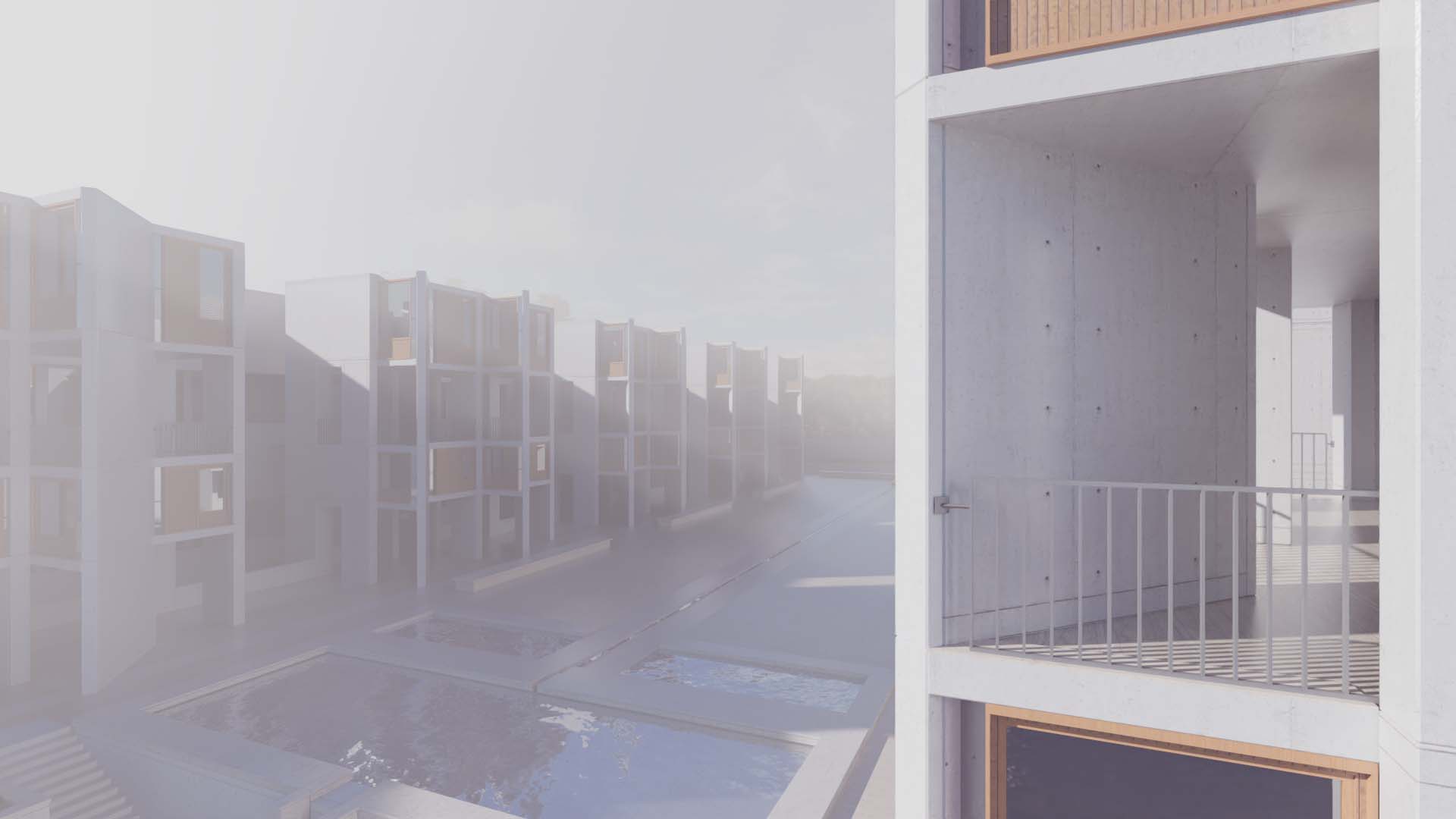 As the ambient volumetric fog mainly used for exteriors, in Eyecad VR Render 1.0.3 it is now possible to add extraordinary particle effects that simulate the dust in the air through volumetric lights designed for interiors. Whether it is artificial lights or sunlight, volumetric light beams are created when the dust is crossed by the light. To take advantage of this new effect, simply create an area of action of the aerial dust using the special “wireframe box” in the effects TAB of Eyecad VR Render, drag the box inside the structure and adjust its parameters in the configuration window.

It is also possible to create different atmospheres for the interior volumetric lights according to your needs. 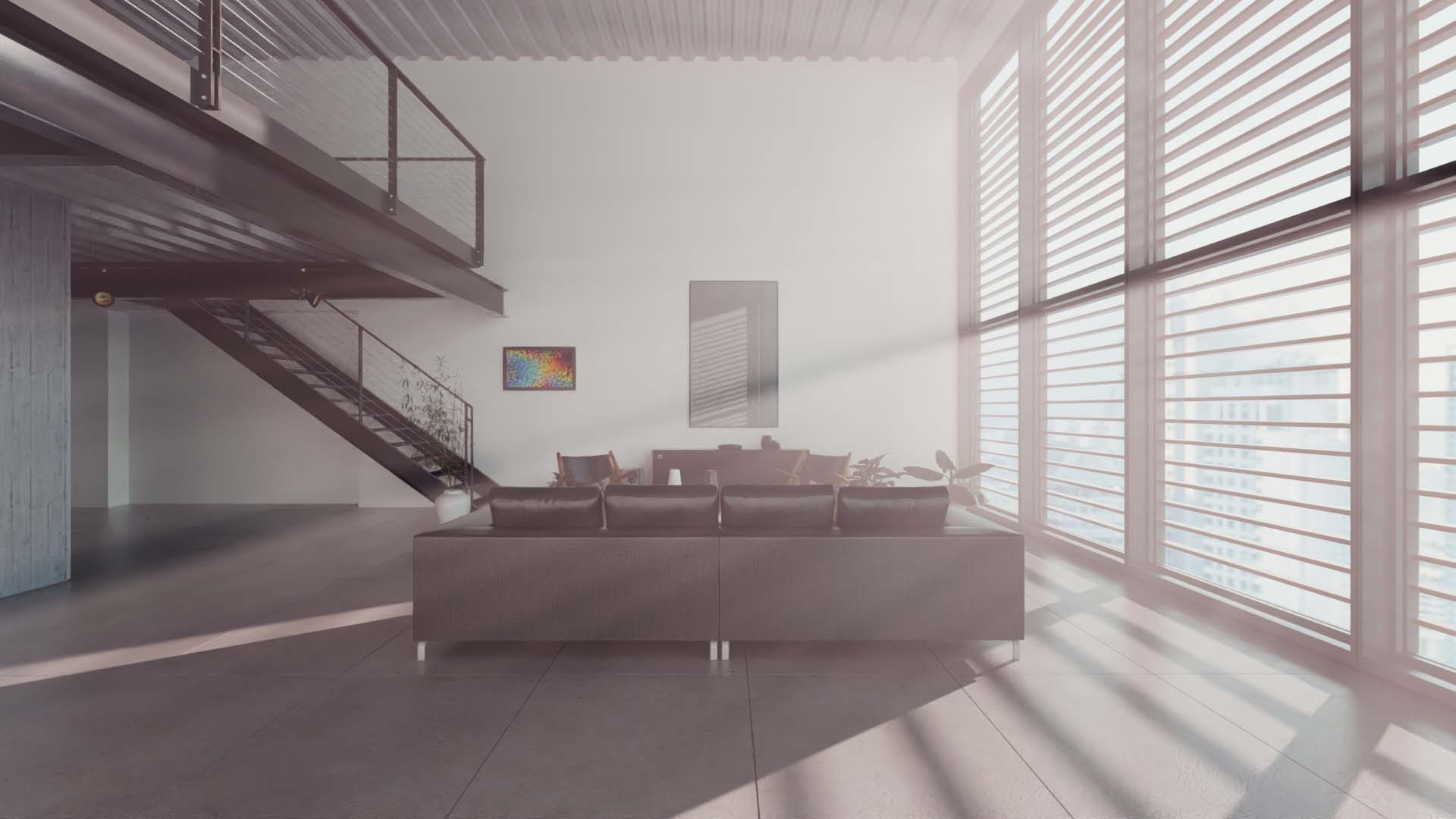 We have received several requests from our community about a material package dedicated mainly to the setup of vehicles to be included in an architectural context. So, we have added a new category in the library that includes different types of preconfigured paints dedicated exclusively to the automotive industry.

The new materials include both metallic and opaque paints with different examples that can be easily personalized once they have been downloaded and opened within the material editor. 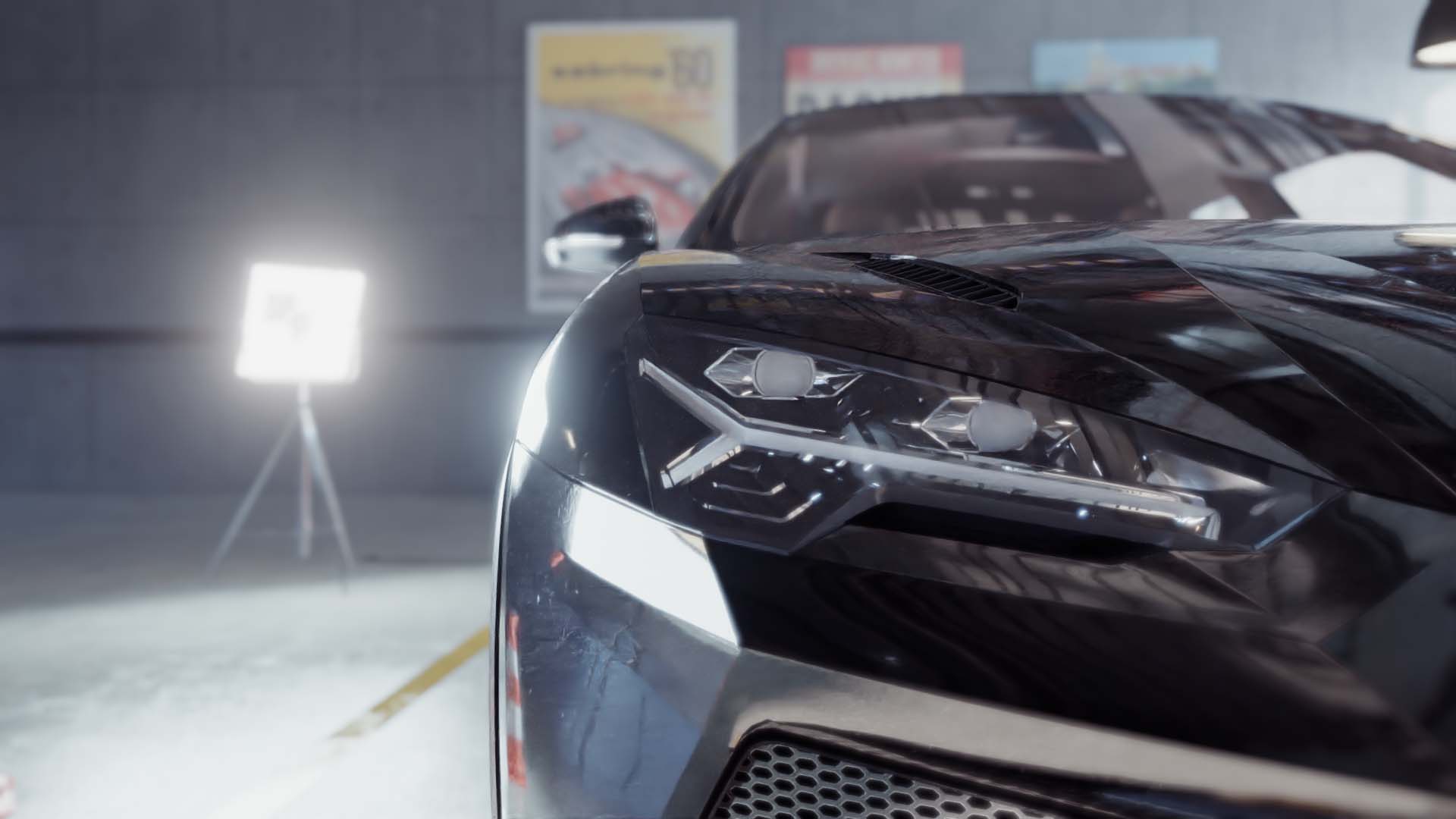 New animations for the Material Editor

The Material Editor is one of most important tools to configure materials in an Eyecad VR Render project. After this update, the Material Editor now presents a useful and more organized function to create animated textures. It is now possible to simulate different effects, one of these is certainly the simulation of the waves of the water, the oscillations of the leaves (textures) due to the wind or the creation of raindrops sliding down in a window’s glass. 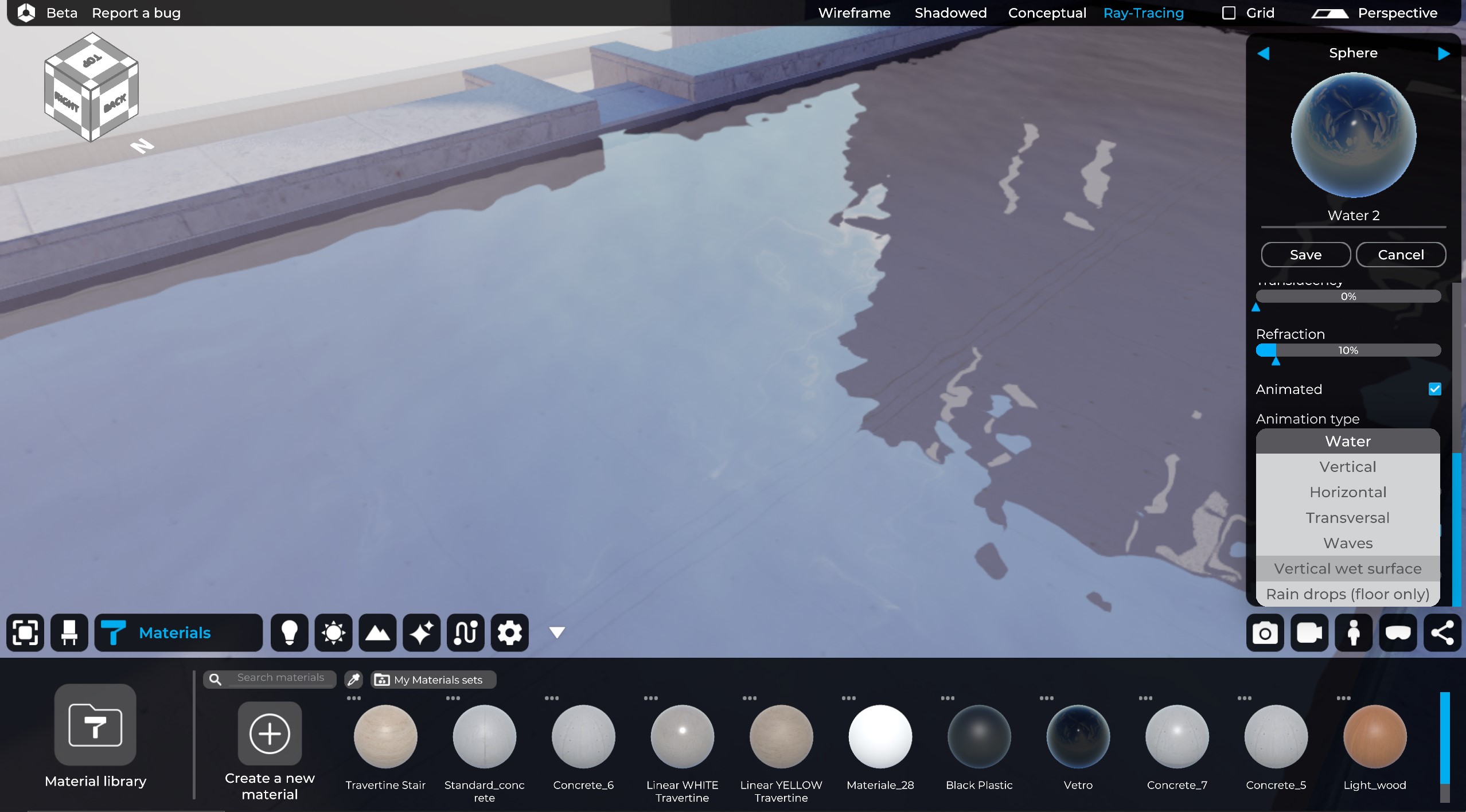 New Real-time Denoiser for the Editor

In this new update, the R&D team also focused on the ability to remove visual noise through the real-time denoiser created in Eyecad VR Render. This tool is in a constant evolution and it is now able to provide sharper and less disturbed images than previous versions, without affecting at all the performance in the editor phase.

Are you ready for the Eyecad VR Render Open Beta?

Back to all news

We use cookies to ensure that we give you the best experience on our website. If you continue to use this site we will assume that you are happy with it.OkPrivacy policy